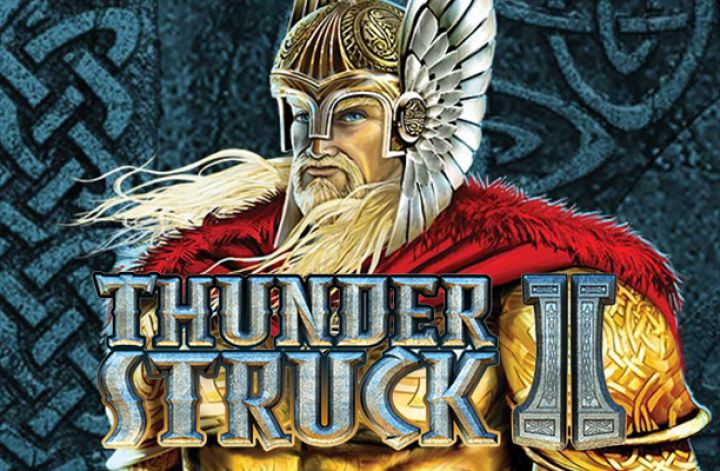 We all thought Microgaming had given its best when it released Thunderstruck in 2004. Thankfully, that was not the case. Thunderstruck 2, a marvellous combination of gods, features, and earning potential, broke all grounds. This ancient Nordic mythology-themed game seamlessly blends with modern cinematic effects creating an awesome gaming experience. The best part, you stand a chance to win up to 2.4 million coins in payouts.

Thunderstruck 2 is one of the best online slots of the year because of its bonus offerings. The game’s Great Hall of Spins unlocks an array of free spin bonuses. Getting the Great Hall of Spins between your 1st and 4th bonus feature triggers the Valkyrie bonus. The Loki and Odin bonuses occur during the 5th-9th and 10th-14th bonus feature triggers, respectively. However, the Thor bonus firmly places this game in the league of high RTP slots.

Thunderstruck 2 has 5 reels, 3 rows, and 243 ways to win. This high return game by Microgaming has made it so easy for newbies learning to play slots to have fun and win. The game features dazzling graphics, Nordic mythology, thematic reel, and animations. The opportunity to earn rewards at every stage of gameplay is the icing on the cake.

Thunderstruck 2 creates a deep sensorial feel that makes playing an unforgettable experience. This feeling is shared by the game’s dedicated fanbase earned from its successful predecessor. Features like the Wild Storm create an extremely wild but enjoyable experience for gamers. But the stand-out feature is the opportunity it provides players to make huge, unbelievable wins. With an RTP of 96.65%, the odds are likely in your favour.